A Journey Through Time

Thus Allahabad Medical Association, or "AMA" as it is popularly called, predates its parent body by a good 10 years and for this reason it is allowed to continue its original registered name rather than being called "the Allahabad Branch of Indian Medical Association", as would otherwise have been in case. Initially, the Doctor's Club, or AMA functioned from the residence of Major Basu, situated at Bahudurganj but later shifted to Elgin Road at the residence of Prof. Chowdhary primarily in order to avoid the congestion of Bahadurganj. It was from this office that AMA functioned till 2001 when it moved to its current location at 29 Stanley Road.

On 10th March 1980, a philanthropist, Sri Madanlal Ahuja donated 2883 Sq. yds land to AMA along with funds for setting up a charitable dispensary at 29 Stanley Road Allahabad facilitated largely by the efforts of the then President of AMA, Dr. A.K. Ghosh. Unfortunately, a major portion of this land has since been encroached upon and only about 950 Sq yds remain in possession of AMA. However due to the untiring efforts of several members, the entire land has been converted to free hold in favour of AMA in 2008 and efforts are on to get back possession of the encroached portion. It is from this address that AMA and the prestigious blood bank run by it, now functions.

In 1993, a UP State Conference was organized by AMA which generated a surplus fund of Rs. 2 lacs. The two halls of the present building were built in 1994 and in 1995 the first annual medical education meet or CME, as they are called, was organized by AMA - an event that is now continuing every year since then, without break.

The first Blood Bank project was taken up in 1995, but it was only in the year 2000 that is was pursued earnestly. An initial corpus of Rs. 15 lacs was generated largely with the help of donation of Rs. 5 lacs each from two philanthropist gentleman of the city (who incidentally are the permanent invitee members of the Blood Bank Committee, entrusted with the task of running the Blood Bank), donations from AMA members and savings from AMA funds. The license for the Blood Bank was received on 7-4-2003 a red letter day in the history of AMA and within two years. on 13-5-2005, license for setting up a "Component Separation Unit" was granted to AMA. In 2008, license for apheresis – which gives facility for taking platelets from a single donor rather than from several donors was also received. The AMA Blood Bank is providing yeomen services to the citizens of Allahabad and has saved many precious lives, having dispensed more that 5,40,000 units of blood and components since inception. An ambulance service with the three ambulances is also currently operating on no-profit, no-loss basis. AMA has also adopted a village and holds regular health camps there for the benefit of needy villagers. It has also constructed three toilets in girl’s schools in villages as contribution towards the Swachh Bharat Abhiyan. It also holds free health camps for pilgrims every year through out the duration of the annual Kumbh Mela, providing free consultation and medicines to the needy.

On 1st July 2007, the inauguration of AMA website marked another milestone in the history of AMA. The membership has almost quadrupled in the past three years to more than 1200, although plenty of room for improvement still remains on this count. Regular, very well attended scientific meetings are held in the mornings, usually on Sundays, popularly known as "Breakfast meetings” and many guest speakers have complemented AMA for this unique activity. The annual CMEs have also gained national importance and reputation and are held twice every year – generally in the months of May and September. Specialty health camps are organized in AMA premises on every Sunday. A bimonthly news letter is now published every two months, providing details of activities of the associations to all its members. A branch of AMS the Academy of Medical Specialties, has started functioning at AMA. The branch boasts of an air-conditioned Guest House for Doctors and a fully automated, well equipped office. Six illustrious members of the branch Dr. Ranjit Singh, Dr. O.P. Khanduri, Dr. R.K. Gupta, Dr. B.B. Agarwal, Dr. Ashok Agarwal and Dr.A.P. Singh were elected Presidents of U.P. State IMA, a great honour for AMA. AMA achieved a huge milestone in the year 2017 when for the first time in its history, its loyal and dedicated worker, Dr. Ashok Agarwal, was elected National Vice President of Indian Medical Association.

The association will celebrate its centenary in the year 2018 with a sense of pride over its achievements and with great anticipation of even bigger achievements in the years to come. A state of art, multi-story Convention Hall boasting of ultra-modern Auditorium with a seating capacity of 825, minus two level basement parking, three Banquet halls each with seating capacity of 300, a gym and rehabilitation centre, twelve guest rooms equipped with modern 3 star facilities and a host of modern features not available in the city of Allahabad will be inaugurated on 30th June, 2018 as a part of our centenary celebration. This Convention Hall has been built on 4000 sq. yd land situated in the heart of the city at prime location. A free charitable dispensary will once again start functioning at the premises of AMA Blood Bank providing free health care to the citizens of the city. It is thus with a sense of fulfillment, pride and commitment that AMA marches towards achieving even greater heights in future. 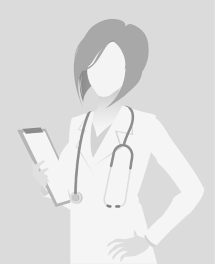